I just read another article, Calcium Supplements Tied to Higher Risk of Age-Related Vision Disease that begins with this quote by the University of California, San Francisco: “Calcium supplementation of more than 800 mg/day is associated with an increased prevalence of age-related macular degeneration (AMD), especially in older individuals, according to a cross-sectional study of National Health and Nutrition Examination Survey (NHANES) data… About 43% of the U.S. population, including an estimated 70% of older women, say they take calcium supplements. Some earlier studies suggested a role for calcium in the development of AMD, but there have been no studies that directly examined the association between self-reported supplemental calcium intake and AMD… The increased risk seemed to be confined to participants aged 68 years or older, where the odds of an AMD diagnosis was 2.63 times higher in those who consumed more than 800 mg/day of calcium than in those who reported no calcium consumption.” 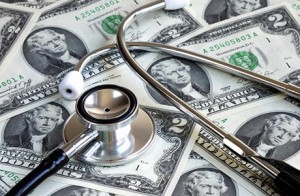 To quote further from this article: “The findings in this study suggest that there is a threshold of calcium supplementation above which there is an increased odds of AMD… However, due to the various limitations of our study, and the cross-sectional nature of our data, we cannot make claims of causation regarding calcium supplementation intake and AMD… At this time, we do not recommend setting any new specific limits to calcium intake in order to halt the progression or to prevent the development of AMD… “Before we can make any specific recommendations, further longitudinal analyses are needed to understand the relationship between the incidence of AMD and varying levels of calcium intake.”

It is time that these so-called “experts”, many who work for large medical facilities that often get much of their funding from the pharmaceutical industry, stopped hiding behind this fake claim that more research is needed. This is not true. I’ve covered this subject on my Blog and in my book. In BLIND FAITH I devoted a whole chapter to Chronic Calcification where I quoted new research published in the Proceedings of the National Academy of Sciences, that “has implicated tiny spheres of mineralized calcium phosphate, ‘hydroxylapatite’, in AMD progression. This not only offers a possible explanation for how AMD develops, but also opens up new ways to diagnose and treat the disease.”

I list another very good article titled Stoned To Death: Calcium Supplements Proven To Kill Again that quotes research published in the journal Heart that confirmed the findings of two controversial studies on calcium supplementation and heart attack risk published in the British Medical Journal last year, and which found a 24-27% increased risk of heart attack for those who took 500 mg of elemental calcium a day. This is shocking to me because medical doctors regularly recommend calcium. In fact I could not find one multivitamin in Canada or the US that did not contain large amounts of calcium.

It’s time these so-called experts either shut up or start telling the truth.

Blind Health macular degeneration Minerals Vision
This entry was posted on Thursday, April 23rd, 2015 at 8:00 am and is filed under Health, Macular Degeneration. You can follow any responses to this entry through the RSS 2.0 feed. You can leave a response, or trackback from your own site.