In an article in New Eastern Outlook titled Now Russia Makes an Organic Revolution F. William Engdahl writes: “As if it were not enough that Vladimir Putin’s Russia makes a monkey out of the US “anti-ISIS” campaign in Syria… Now Russia delivers a huge slap in the face to US agribusiness domination of global food trade by deciding to make Russia the world’s largest exporter of healthy, non-GMO, non-industrial food.” F. William Engdahl, author of the GMO study Seeds of Destruction, goes on to say that “One of the least commented sectors of the Russian economy is the significant transformation underway in Russian agriculture… In dollar terms, Russian exports of agriculture products exceed in value that of weapons, and equal a third of gas export profits.” Quoting Vladimir Putin: “Russia can become one of the world’s largest suppliers of healthy, ecologically clean quality foods that some Western companies have stopped producing long ago, all the more so since global demand for such products continues to grow'” 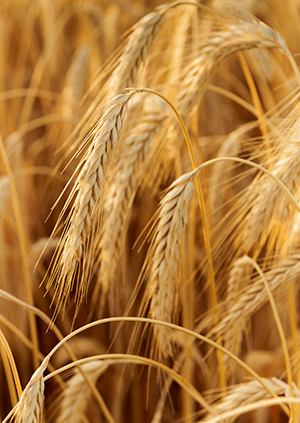 I remember fields of wheat like this in Manitoba when I was young that grew as high as four feet or higher.

In the fall of 2015 Russia said they would ban GMO seeds and foods of all kinds from Russia. On February 15, 2016 a Russian national import ban on soybeans and corn imports from the United States took effect. This is a bold step against biotech giant Monsanto as it includes genetically modified seeds as well.

Factory Farms Have Destroyed Much Of Our Farmland in North America

Quoting further from Now Russia Makes an Organic Revolution: “intensive use of chemical fertilizers, herbicides, pesticides, antibiotics which pass through animals into the fields, all have led to the dramatic depletion of essential micro-organisms in American and, increasingly, EU agriculture soils.”

To quote Dr. Mercola: “Genetically modified organisms (GMOs), or genetically “engineered” (GE) foods, are live organisms whose genetic components have been artificially manipulated in a laboratory setting through creating unstable combinations of plant, animal, bacteria, and even viral genes that do not occur in nature or through traditional crossbreeding methods. GE crops help destroy soil fertility—possibly irreversibly.”

There is so much more to say about GMOs and intensive farming but the purpose of this post is to give exposure and support for what Russia is doing in this area. Google – GMO, factory farming, land health, etc – for much more on this.

I included a chapter on GMOs in the fourth edition of BLIND FAITH which is at the printers and should soon be available. I try not to eat anything GMO but in today’s world that is just not possible. If Russia does indeed succeed in becoming a major exporter of non-GMO food then I will buy corn for sure as soon as it’s available in my area.

To quote from a pervious blog: “I don’t buy anything that is labelled either GMO or Non-GMO because I think it’s not only confusing but almost designed to be so. The cost of attaining the right to use the label Non-GMO in Canada is very high and probably contributes substantially to the cost of the food. I would rather either know who I buy from and the history of the land, or simply not bother with any GMO foods.” Having said that I do miss corn. I also like it raw.

factory-farmed food GMO
This entry was posted on Thursday, May 5th, 2016 at 7:00 am and is filed under Book Updates, Food Nutrition, Health, Non-GMO. You can follow any responses to this entry through the RSS 2.0 feed. You can leave a response, or trackback from your own site.