Understanding And Eliminating GMO Food From Our Diet

About  two years ago I started to once again pay attention to the genetically modified (GMO) field. I wasn’t paying that much attention to the subject because I knew that it wasn’t regulated in Canada. But some people kept telling me that GMO food labelling was in fact the law in Canada. I finally decided to look into it again.

According to Canadian Biotechnology Action Network (March 21, 2016): “There is no mandatory labeling of genetically engineered foods in Canada…”

In case you’re into self-abuse Public Works and Government Services Canada lays out the details of the law and reads like it was written by a group of lawyers, which it probably was or at least reviewed by one. So, to sum up…

GMO Foods Sold In Canada Do NOT Have To Be Labelled 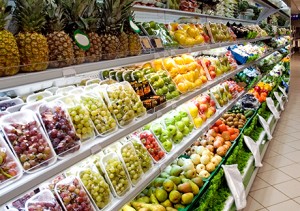 GMO or Non GMO. That is the question.

This article in TIME dated April 30, 2015 is very interesting. It includes important information about the GMO food we already eat in the US and Canada and many other areas in the world. It lists ten crops that are currently produced in the United States. These include Corn, Soybeans, Cotton, Potato, ALfalfa, Canola, Papaya, Squash, Apple and Sugar beet.

The Worst Of The Worst

This is only a small portion of the vast amount of information I found and all good information. This same page from TIME has a very good bar chart about the amount of GMO foods grown in the US. It also has lots of information about individual foods. And the USDA has this very good PDF. “More than 90% of all soybean cotton and corn acreage in the U.S. is used to grow genetically engineered crops.”

These two biggest GMO Crops provide a glimpse of the GMO world of the future:

Quoting from LiveScience: “By far the biggest use of GMO technology has been in large-scale agricultural crops: At least 90 percent of the soy, cotton, canola, corn and sugar beets sold in the United States have been genetically engineered. The adoption of herbicide-resistant corn, which had been slower in previous years, has accelerated, reaching 89 percent of U.S. corn acreage in 2014 and in 2015, according to the U.S. Department of Agriculture.?

To again quote whfoods.org: “Soybeans have not been genetically modified for nutritional reasons. They’ve been modified for economic reasons involving the reality of present-day agribusiness. For example, growers can now purchase “Roundup Ready” soybeans that are resistant to this glycophosphate herbicide.” Google for tons of additional information. For instance here’s a good one from Mercola.

I don’t buy anything that is labelled either GMO or Non-GMO because I think it’s not only confusing but almost designed to be so. The cost of attaining the right to use the label Non-GMO in Canada is very high and probably contributes substantially to the cost of the food. I would rather either know who I buy from or simply not bother with these particular foods. Eliminating the ten crops listed above and any new crops in the future is easiest in my opinion. I did that several years ago.

NOTE: Expect a couple more posts on this subject that deal with 1) farm animals that are fed GMO food and 2) GMO additives in packaged food products.

factory-farmed food GMO Health
This entry was posted on Tuesday, March 22nd, 2016 at 7:00 am and is filed under Book Updates, Food Nutrition, Health. You can follow any responses to this entry through the RSS 2.0 feed. You can leave a response, or trackback from your own site.