How Has The Medical Profession Treated You Lately? 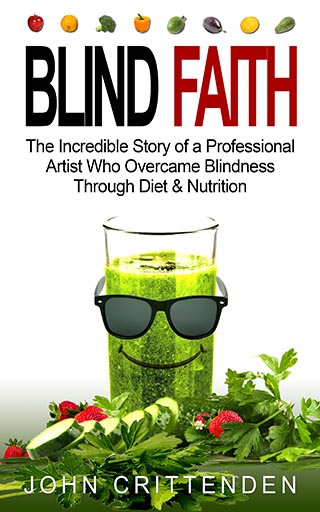 This post is about my experience with Macular Degeneration and the Medical Profession. On November, 2011 I was diagnosed with wet macular degeneration. I was told by my Ophthalmologist that there was no cure but he could give me an injection that might stop the progression. It didn’t. Three months later I was completely blind in one eye and the disease had started in the other eye. It was fast-moving and very scary. For nineteen months I received monthly injections of a VEGF inhibitor drug that didn’t help. During this time I educated myself and researched the science both old and new. I soon developed my own protocol and with the support of my Ophthalmologist I began using it. Thirteen weeks later I had reversed my blindness from worse than 20/400 to about 20/80.

Why could I recover my sight and my Ophthalmologist couldn’t?

Like I say in BLIND FAITH, it’s not the doctor’s fault. They only know what they’ve been taught. The problem is not, in my opinion, the Medical Profession, it’s the medical industry. There is a reason why they say there is no cure. The reason is money. Tell someone who has just been diagnosed with macular degeneration that he will never see again, that there is no cure but there is a treatment designed to stop the progression, and you have created a money machine.

We Must Look After Ourselves

Being healthy comes down to taking care of ourselves. This begins with re-educating ourselves. Most of the evidence I uncovered was many years old, some as old as 100 years and more. It’s available to anyone taking the time to look. The medical experts who I identify and quote in my book each knew about some of the details of my protocol. But my Ophthalmologist didn’t. Profit trumps medical care and there is no profit in healthy people. The Medical Industry rules.

I think it’s the same with many diseases. In my opinion most diseases are actually symptoms of an underlying medical condition that often can be easily addressed with diet or lifestyle choices. I listen to my doctors because I respect them. But I make the final decisions.

If I Had Believed My Ophthalmologist I Would Be Blind Today

It needs to be understood that I regained my vision from worse than 20/400 blindness to 20/80 vision in eleven weeks WITHOUT any prescription drugs of any kind. And it’s continuing. Compared to the published vision acuity gain for the latest VEGF inhibitor drug of 13.3 characters after one year, my vision acuity gain was 35 characters after only eleven weeks. As of this writing I’ve gained about 50 characters and have 20/40 vision according to vision scans and tests by my Ophthalmologist.

The fourth edition is now at the printers and should be available soon. I have added two new chapters and, because it contains a lot of information, I’ve edited it for easier reading. Shortly after it’s released we will offer a three-day free download of the Kindle version. Please watch this space for details.

macular degeneration Medical Profession
This entry was posted on Tuesday, May 3rd, 2016 at 6:49 am and is filed under Book Updates, Macular Degeneration, Medical Profession. You can follow any responses to this entry through the RSS 2.0 feed. You can leave a response, or trackback from your own site.