Mineral Deficiency is the Basic Cause of all Disease!

After being told that I was permanently blind in one eye and would never see again with that eye I developed my own protocol and improved my vision from 20/400 to 20/50. But the story doesn’t end there. Since beginning my protocol I’ve noticed changes to my health in other areas. Age spots were disappearing. Electrosensitivity, which I had suffered for 14 years, became a non-issue. Chronically itchy skin, chronic fatigue and tinnitus largely disappeared. Concentration and memory issues improved dramatically. I am able to think more clearly and have more energy. Were these changes associated with mineral deficiency too? I think the answer is yes because I didn’t change anything in my diet or in my life other than my protocol. While cellular oxygenation and pH are major parts of my protocol the fact is that everything depends on minerals. Without minerals nothing works.

What the experts say 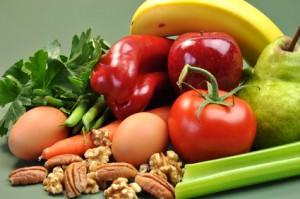 I believed I was eating a healthy diet but I hadn’t considered the problems of not only pesticides but also the lack of minerals in the soil and of course, in our food

“You can trace every sickness, every disease, and every ailment to a mineral deficiency.” – Dr. Linus Pauling

“In the absence of minerals, vitamins have no function. Lacking vitamins, the system can make use of the minerals, but lacking minerals vitamins are useless.” – Dr. Charles Northern

“Without minerals, nothing else works. Amino acids and enzymes no longer work. Vitamins and other nutrients don’t get broken down and absorbed properly. This causes major deficiencies in both vitamins and minerals. The end result is a chain reaction of poor health where nothing works as it should… Supplementation, therefore, not only seems advisable, it is advisable!” – The Root of All Disease by E. G. Heinrich

Mineral deficiency in the soil and crops

The biggest problem in our environment is mineral deficiency, not chemicals, not radiation, not vitamins. This is because of how our bodies use minerals to control everything else. It’s the same in the animal kingdom but animals don’t have the advantage of supplementation like humans do. We need to look more closely at animals to get the full picture of mineral deficiency. As an example let’s look at the phenomenon of honey bee deaths…

Are honey bees trying to tell us something? 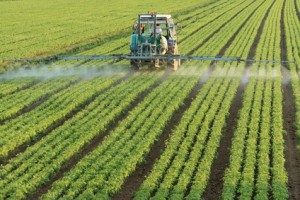 Spraying crops with pesticides and chemicals leads to mineral deficiency

I did a quick check on locations of honey bee deaths in North America, in some cases 100% disappearance. I was unable to connect their deaths with any single cause until I remembered what I had learned about mineral deficiency in the soil. I decided to further research that one subject and in doing so I noted the differences in root systems of various plants and flowers that bees get their nectar from. According to several studies of root development in vegetable crops “the usual depth of maximum penetration scarcely exceeded 3 feet.”

When I compared vegetable crop root depth to many of the wild flowers and plants the light came on. Some flowering plants have much deeper root systems. The Evening Primrose for instance has a tap root that can go down about 8 feet. Some flowering trees also have deep roots. At this depth they are able to draw up more minerals and other nutrients that still exist there.

All soil is not equal

Then there is the difference that exists between high-yield farm land, cities and “wild areas.” The soil that wild plants, garden vegetables and flowering trees grow in often hasn’t suffered the ravages of high-yield farm methods. If a study were done it would probably find that mineral deficiency of the land in these areas to be almost nonexistent. If honey bees get their nectar from these plants then one would think that they would be getting the minerals and other nutrients they need to be healthy. Not necessarily.

It was discovered early in the 1900’s that Nitrogen, Phosphorous and Potassium (NPK) were the main minerals required for quick plant growth. Consequently, since the 1920’s, NPK fertilizers have been routinely added to agricultural soils. The problem is that these minerals are petroleum-based and cannot be utilized by humans or animals. They get into the food crops and eaten by us but they cannot do the job that they should so we have a problem of mineral deficiency.

Another problem is that most inorganic fertilizers do not replace trace mineral elements in the soil. They do little to improve the vitamin and mineral content of crops, and in many cases actually worsen it.. This depletion has been linked to studies which have shown a marked fall (up to 75%) in the quantities of such minerals present in fruit and vegetables. Deficiencies in zinc, copper, manganese, iron and molybdenum can limit the growth of broad acre crops and pastures. – The Root of All Disease by E. G. Heinrich

This may answer the question of why some bees are dying and some aren’t even though they are in the same general location. If they get their nectar from plants and flowering trees with deep roots, whether they grow in cities, wild lands, or right beside a field of corn, they might not be mineral deficient. If they get their nectar from adjacent high yield farm land crops they may well suffer from mineral deficiency. This would also affect the mineral content of the honey we eat but that’s another story for another day. Now lets look at the importance of minerals to bees and how they factor in.

High calcium levels shown to be toxic to bees 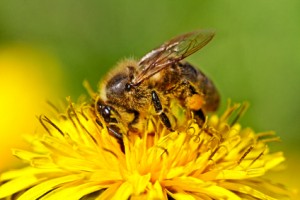 Honey Bee on a dandelion which, by the way, is probably healthier than most factory-farmed crops

For an example of the importance of minerals one has only to look at magnesium. The bodies of humans and animals (including bees) all use magnesium to control and manage how calcium is used among many, many other things. – Magnesium and Calcification by Dr. Sircus

Because high calcium levels have been shown to be toxic to honey bees, could honey bee deaths be a simple magnesium deficiency that creates the environment for wireless radiation poisoning which some researchers say is the cause? Let’s look at that.

“Andrew Goldsworthy, a retired Imperial College (UK) cell biologist with no industry affiliations who has studied [electrosensitivity] extensively, attributes most of the health effects EHS sufferers to a single cause: at certain frequencies, weak wireless signals – far below safety standards – which pull structurally important calcium ions off of our body’s cell membranes, weakening and causing them to leak.”

“Having its meticulously balanced systems destabilized, even slightly, by wireless triggered leakage wreaks biological chaos – subverting the integrity of the body’s intricate defence mechanisms and leaving it vulnerable to all manner of damage. Goldsworthy theorizes how many EHS symptoms can thus be explained: leaking skin cells cause rashes, tingling, numbness, burning sensations; leaking heart cells trigger potentially life-threatening arrhythmias; in the inner ear, leaking cochlear cells trigger tinnitus and leaking vestibular cells cause dizziness and other symptoms of motion sickness, including nausea.”

Could magnesium deficiency be the cause of honey bee deaths?

If bees are deficient in magnesium, which controls calcium that Andrew Goldsworthy is speaking of, and are indeed dying because of radiation poisoning, then bee deaths might be caused by a mineral deficiency. It is impossible to escape the high levels of radio-frequency electromagnetic radiation these days. Some bees are dying and some aren’t. Could honey bee’s sensitivity to wireless be the result of a deficiency in magnesium?

In today’s world of factory farms mineral supplementation is critical

Could many of the medical issues in our over-polluted world be caused by a simple deficiency in minerals? Top medical researchers, doctors, professors, even honey bees, seem to be telling us that it could. In this writer’s case a good mineral-based diet does seem to eliminate or reduce many health-related diseases. Read about this and much more in BLIND FAITH, now available on Amzon

Honeybees Minerals
This entry was posted on Wednesday, October 1st, 2014 at 10:13 pm and is filed under Health, Macular Degeneration. You can follow any responses to this entry through the RSS 2.0 feed. You can leave a response, or trackback from your own site.

One thought on “Mineral Deficiency is the Basic Cause of all Disease!”