I’ve been doing major research lately trying to find some truth about organic food being healthier and more nutritious than factory-farmed food. Some say there’s no difference and others say there’s a major difference. I think everyone is missing the main point though and that is that most available farm land, whether farmed organically, family or factory, has been farmed to death the last forty or so years. And that includes in my opinion many market gardens who seem to never mention all the chemicals and GMO food some of them apparently use. The only “safe” land in my opinion can be found in home gardens and backyards. Following are some links to articles, opinions and research that are very good reads. I recommend them. 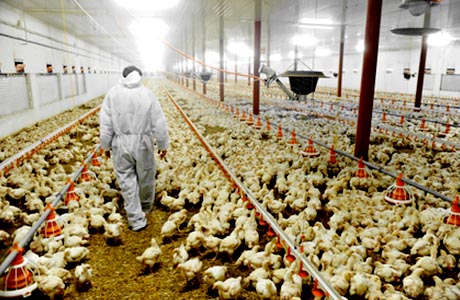 PubMed published an Abstract of research dated April 2010 that has some useful information: “Organic foods contain higher levels of certain nutrients, lower levels of pesticides, and may provide health benefits for the consumer.”

Scientific American on the other hand, on August 2011 published an article titled Nutritional Differences in Organic versus Conventional Foods. It was not very supportive of the idea that organic foods were any better than factory-farmed foods. To quote: “Sorry to say, but as of now, there is no clear-cut answer as to whether organic foods are nutritionally advanced as compared to conventionally grown foods. Several studies have reported an increase in vitamin, mineral, and phytochemical content of organic produce, and while I would LOVE to believe them, these findings must be taken with a grain of salt due to the major problems with study design variability and just poor science in some cases. Not only do we need more quality studies looking into this question, we need more studies examining the bioavailability of organic vs. conventional foods (which I’m sure would just open up a whole new can of variable-poor-study-design worms, but need to be done nevertheless). 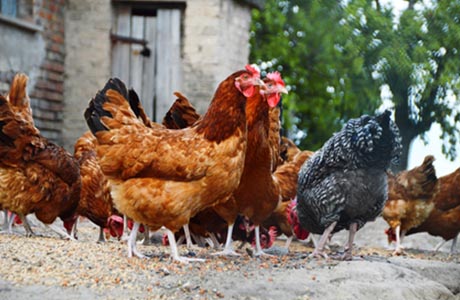 An article in Scientific American dated July 2011 contains some interesting information that I hadn’t got around to reading since I bookmarked it: “Just recently, an independent research project in the UK systematically reviewed the 162 articles on organic versus non-organic crops published in peer-reviewed journals between 1958 and 2008 . These contained a total of 3558 comparisons of content of nutrients and other substances in organically and conventionally produced foods. They found absolutely no evidence for any differences in content of over 15 different nutrients including vitamin C, ?-carotene, and calcium. There were some differences, though; conventional crops had higher nitrogen levels, while organic ones had higher phosphorus and acidity – none of which factor in much to nutritional quality. Further analysis of similar studies on livestock products like meat, dairy, and eggs also found few differences in nutritional content. Organic foods did, however, have higher levels of overall fats, particularly trans fats. So if anything, the organic livestock products were found to be worse for us (though, to be fair, barely).”

So, is Organic Better or Not?

Local is as important as organic in many ways but it has its shortcomings too as this article points out. “Organic and local is the new gold standard!” I’m beginning to think the same but I’m also not yet prepared to accept that I’m getting any more minerals, vitamins, amino acids or antioxidants and less chemicals in organic food than I am in factory-farmed foods, or at least I can’t confirm it. And I’m paying sometimes double the price. I’m not convinced yet.

Or are Backyard Gardens Better? 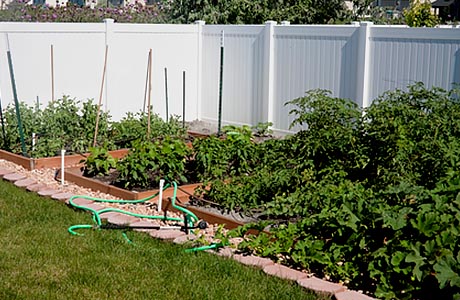 In my walks around Greater Vancouver I’m seeing more and more backyard gardens. And they’re not usually very big. A good backyard garden need not be any larger than 20′ x 25′. The one we had when living on 42 mile long Adams Lake was about that size. Ideally, a backyard vegetable garden should contribute to our health and well-being without taking too much time. We proved that this can be achieved with a little planning and a commitment to low-maintenance organic methods which save time and ensure a healthy garden year after year.

A backyard garden can take time though and many people don’t have much time these days. Sometimes I think a row or two of pots on a deck or balcony works just as well for certain vegetables. Even weeds like dandelion grow and grow and grow when planted in pots or a five foot row container. And dandelions are super nutritious. This cool article titled Please eat the dandelions: 9 edible garden weeds lists, well, nine weeds that are easy to grow if you don’t want to walk in the park or woods to pick them wild like some people I know.

I’ll leave you with an empowering article about perennial vegetables, a subject deserving a post of its own, maybe several. This article titled 20 Perennial Vegetables to Plant Once and Enjoy Forever! is so cool in my opinion. Look for another blog on this and especially various ways to grow your own on a balcony in pots and other things.

factory-farmed food organic food Perennial Vegetables
This entry was posted on Thursday, June 4th, 2015 at 8:00 am and is filed under Food Nutrition, Health. You can follow any responses to this entry through the RSS 2.0 feed. You can leave a response, or trackback from your own site.