Soil Mineral Depletion – Can a healthy diet be sufficient?

I just discovered this article published in 2006 by the Institute for Optimum Nutrition and I borrowed its title for the title of this post. Written by Martin Hum it’s a very good article and spot on. I recommend that everyone read it. Martin writes: “In 1992, the official report of the Rio Earth Summit concluded “there is deep concern over continuing major declines in the mineral values in farm and range soils throughout the world”. This statement was based on data showing that over the last 100 years, average mineral levels in agricultural soils had fallen worldwide – by 72 per cent in Europe, 76 per cent in Asia and 85 per cent in North America. What has caused this staggering decline?”

He writes that most of the blame lies with artificial chemical fertilisers. This is partly true but there is another reason. In this case as in many similar cases in other venues the main reason I think is simply greed. Factory farming methods have taken over the old method of farming because it’s vastly more profitable. I remember when I was a child and used to see stubble fields and crop rotation where soil was given time to recover and replenish itself.  No longer. 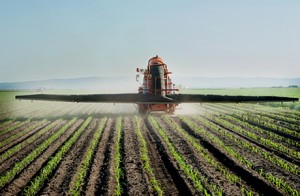 To quote further from this spot-on article: “A new study published earlier this year shows that, as might be expected, mineral levels in animal products reflect the picture in plant foods. Comparing levels measured in 2002 with those present in 1940, the iron content of milk was found to be 62 per cent less, calcium and magnesium in Parmesan cheese had each fallen by 70 per cent and copper in dairy produce had plummeted by a remarkable 90 per cent.”

Soil mineral depletion is critically important today and most people don’t even think about it. They stop by their food store on the way home never giving a thought to the quality of the food they’re buying. It’s not just fast food either, although that is even worse, but most food that used to nourish is fast becoming a danger to basic health.

This fine article supports what I’ve blogged and written about in BLIND FAITH: “Minerals are essential nutrients that exist in the body. They are as essential as our need for oxygen. Minerals are found in organic and inorganic combinations in food.” As the Natural Health Academy so eloquently puts it: “When we look at basic Mineral Elements that make up the human body, we can only stand in awe as we investigate this marvelous self-repairing and self-renewing machine, called the human body.”

I quote from The Root of All Disease by E. G. Heinrich: “The world governments and scientific communities have grouped minerals into two categories. Those considered to be required in our diets in amounts of less than 100 milligrams per day are called trace minerals. The only difference is the name and the recommended daily amount (RDA) required according to the World Health Organization. There are only seven major minerals. They are calcium, magnesium, potassium, phosphorus, sulfur, sodium and chlorine. Our bodies should contain significant amounts of each! Trace minerals, on the other hand, are present in the body in very small amounts… According to our government, the trace elements that are required for human health are iron, iodine, copper, manganese, zinc, molybdenum, selenium and chromium.”

It’s not all doom and gloom. There is a solution

In the upcoming Second Edition of BLIND FAITH I look critically at this problem and offer the only solution I can think of that allows us to get enough minerals, water-soluble vitamins and antioxidants from our food. Watch for this important update soon. Subscribe to be notified when it’s available.

Health Minerals Personal health
This entry was posted on Tuesday, April 14th, 2015 at 8:00 am and is filed under Health. You can follow any responses to this entry through the RSS 2.0 feed. You can leave a response, or trackback from your own site.

2 thoughts on “Soil Mineral Depletion – Can a healthy diet be sufficient?”